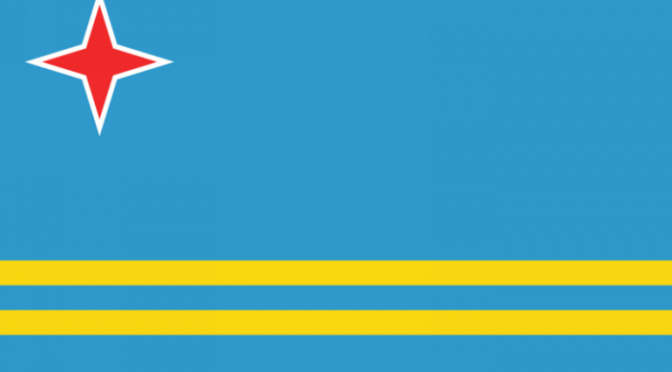 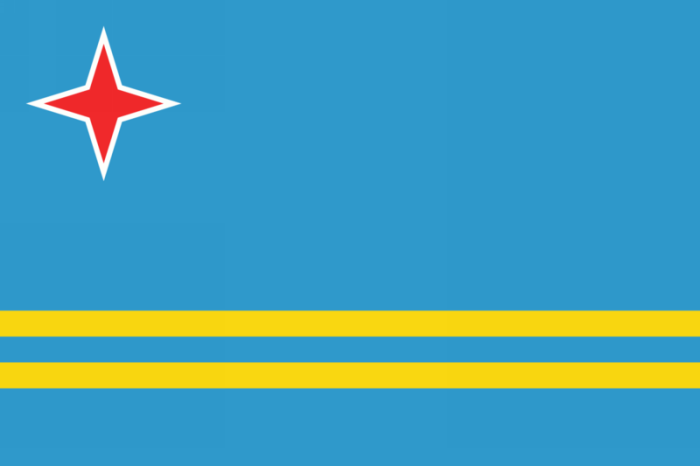 Aruban Flag Meaning:
There are conflicting meanings of the Aruba flag’s colors. One theory states that the four pointed star represents the island itself and its four main languages, Papiamento, Spanish, English, and Dutch. The light blue represents the sea and sky. The yellow stripes stand for the wanglo, a yellow colored rainflower. Another theory states that yellow is the color of abundance, representing Aruba’s past and present industries of gold, aloe and oil; red stands for the love that each Aruban has for their country and for the ancient industry of Brazil wood; and white represents the snow-white beaches as well as the purity of the hearts of Aruba’s natives who strive for justice, order and liberty. The yellow stripes also symbolize the free and separate position the island enjoys in the Kingdom of the Netherlands.